IN AMERICAN CULTURE, we commonly define time periods by popular trends, significant happenings, and influential people of the time. For example, the 1980s are commonly known as the “Decade of Decadence” due to the music and entertainment industries that dominated that ten-year period. In fact, Mötley Crϋe fans among ComputerTalk‘s readers fondly remember the band’s 1991 greatest hits release, “Decade of Decadence ’81–’91.”

Similarly, we can define time periods in the healthcare information technology (HIT) space by significant events. The early 2000s could be called the “PDA Era,” as personal digital assistants were all the rage. While they were not initially introduced as health-oriented tools, enterprising providers saw the potential in these devices and began using them as tools to support decision-making.

In 2004, we began the “EHR Era,” when President George W. Bush appointed Dr. David Brailer to be the country’s first national health information technology czar, where he officially served as the National Coordinator for Health Information Technology. This office was responsible for national efforts to drive adoption and use of electronic health records in U.S. hospitals and clinics. Today, this office leads efforts for standards-based exchange of health information.

Now we are in the midst of the “Digital Health Era,” which the FDA describes as existing at the intersection of technology, connectivity, software, and sensors for health-related uses. Digital health is an umbrella term and includes commonly encountered technologies like mHealth, health information technology, telehealth, and sensors. Digital health also includes less commonly encountered technologies, namely personalized healthcare and digital therapeutics.

The Digital Therapeutics Alliance defines digital therapeutics as the delivery of “medical interventions directly to patients using evidence-based, clinically evaluated software to treat, manage, and prevent a broad spectrum of diseases and disorders”. The Digital Therapeutics Alliance website provides a useful compendium of example technologies for a variety of conditions, including ADHD (attention-deficit/hyperactivity disorder), pain management, COPD (chronic obstructive pulmonary disease), and depression. The spectrum of digital therapeutics tools is likely greater than most anticipate.

Among the most popular digital therapeutics devices are those for the management of diabetes. Like other digital therapeutics devices, those for the management of diabetes undergo regulatory review by the FDA. ComputerTalk readers likely know digital therapeutics devices for diabetes by their commonly used name, continuous glucose monitoring (CGM) systems. CGM systems consist of a sensor, transmitter, receiver, and software. The sensor typically inserts just below the skin and measures glucose. The transmitter sends glucose readings to the receiver, which is a small device that contains software to present readings and other information to the patient. Receivers can be devices dedicated solely to glucose monitoring, or in some cases, smart devices can present glucose data to patients.

Where is the CGM market headed? During the third quarter of 2021, the two primary players in the United States market reported substantial growth. Abbott reported adding 200,000 new users, while Dexcom reported 30% revenue growth compared to the third quarter of 2020. CGM devices are used by patients with both type 1 diabetes and insulin-dependent type 2 diabetes. Currently, there is 45% penetration in the type 1 market, with an anticipated peak of 74%. Penetration within the type 2 market is expected to peak at 55%.

With the popularity of CGM devices and the widespread prevalence of diabetes in the United States, pharmacists will (or already) have patients seeking advice on the potential role of CGM in managing their diabetes. There are many factors to consider for these patients. One of the first questions to consider is whether or not the patient wants a device that automatically sends data to the receiver, or a device that requires the patient to swipe the sensor to receive glucose data. The first group of devices, known as “real-time CGM (rtCGM)” continuously sends data from the sensor to the receiver, as often as every 5 minutes, or 288 times per 24- hour period. Patients with “intermittently scanned CGM (isCGM)” devices are encouraged to swipe the sensor at least once per 8-hour period.

As we consider patients with diabetes, what are other relevant features or functions? Cost to the patient is obviously impacted by insurance coverage. Considering the cash price, in general, rtCGM costs more than isCGM, with variation in price among the primary rtCGM products. It is worth asking, however, if it is appropriate to directly compare prices between rtCGM and isCGM due to their differences in how data is sent to the receiver. rtCGM does not require any action by the patient to receive data, while isCGM requires deliberate scanning of the sensor by the patient to receive data. For those patients with better control and less need for close monitoring, isCGM may be a better choice.

This brings up the important role that pharmacists can play in helping patients select and optimize their use of a CGM device: education. Pharmacists have an opportunity to partner with their patient as a team to optimally manage the patient’s diabetes. For example, depending on the device, some substances can interfere with proper function of the device. Acetaminophen is one such substance, and due to its widespread use, this is an important point of patient education. 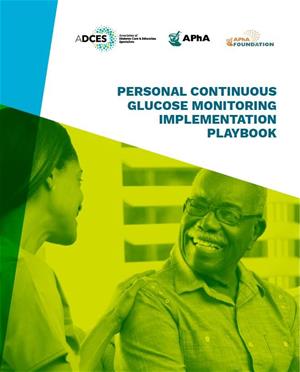 For pharmacists desiring to partner with their patients in the patients’ CGM journey, the array of devices, features, and considerations can be a bit daunting. For support in your efforts, please refer to the Personal Continuous Glucose Monitoring Implementation Playbook, from the Association of Diabetes Care & Education Specialists, the American Pharmacists Association, and the APhA Foundation.

This guide was the source for many of the points discussed in this article. This article touches on several of the key considerations with CGM use, but the guide provides an extensive review of the complete list of features to consider. I would enjoy hearing your thoughts on the guide referenced above and CGM, in general. CT

Brent I. Fox, Pharm.D., Ph.D., is an associate professor in the Department of Health Outcomes Research and Policy, Harrison School of Pharmacy, Auburn University. He can be reached at foxbren@auburn.edu.

Pharmacy Software at the Center of Success